I spent two days at Green Mountain National Forest in Vermont (map) wild camping and doing nature photography. I was hoping to photograph some wildlife (deer or even moose), so I decided to camp near water. I chose Branch Pond, because there are some campsites next to the forest road leading to the pond. After setting camp I went down to the shore just before sunset. Unfortunately, there were no wildlife other than a few squirrels and some songbirds, but the light was beautiful. I only had the 500mm lens with me, so I could only search for compositions on the opposite shore of the pond. I found some that I’m happy with. 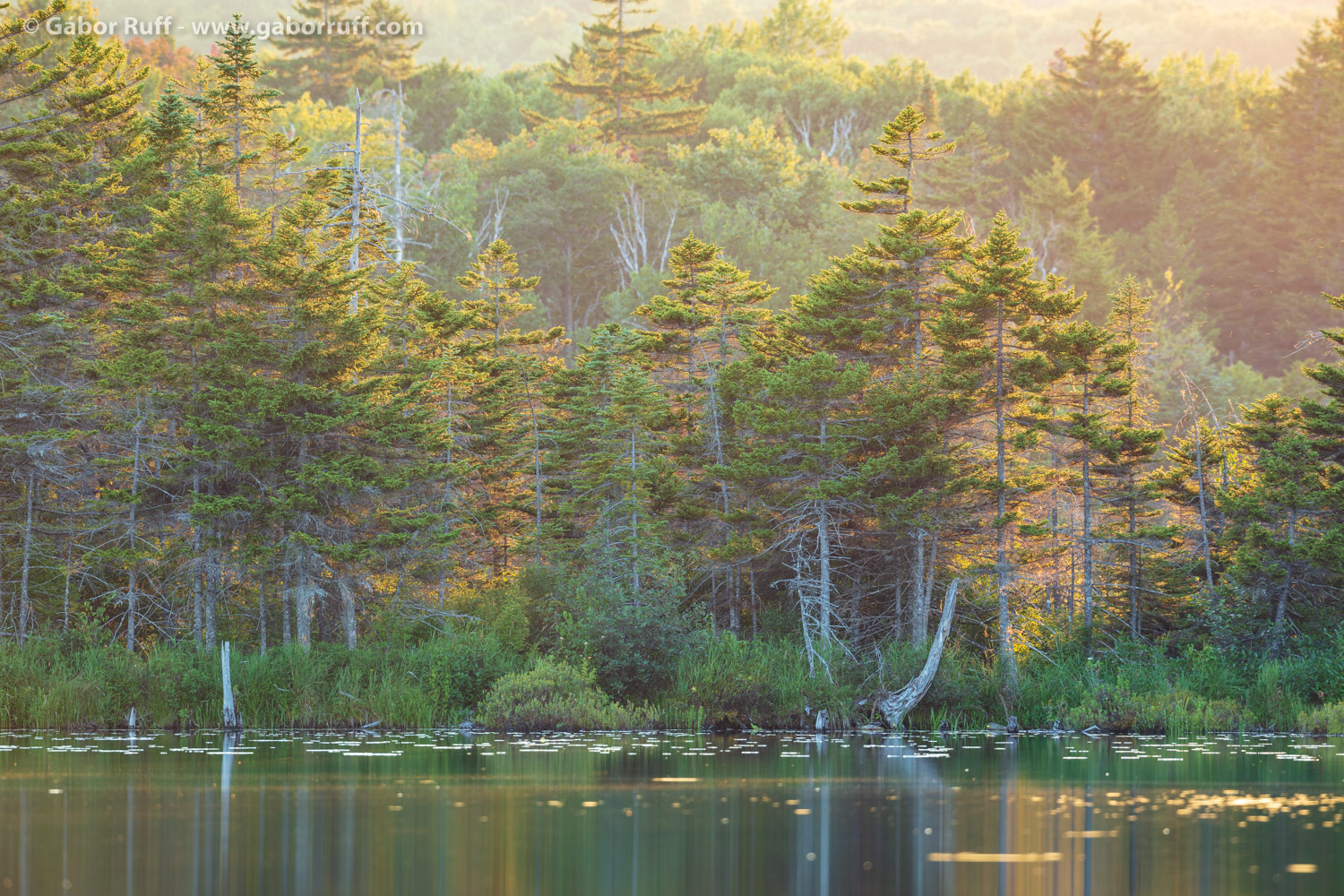 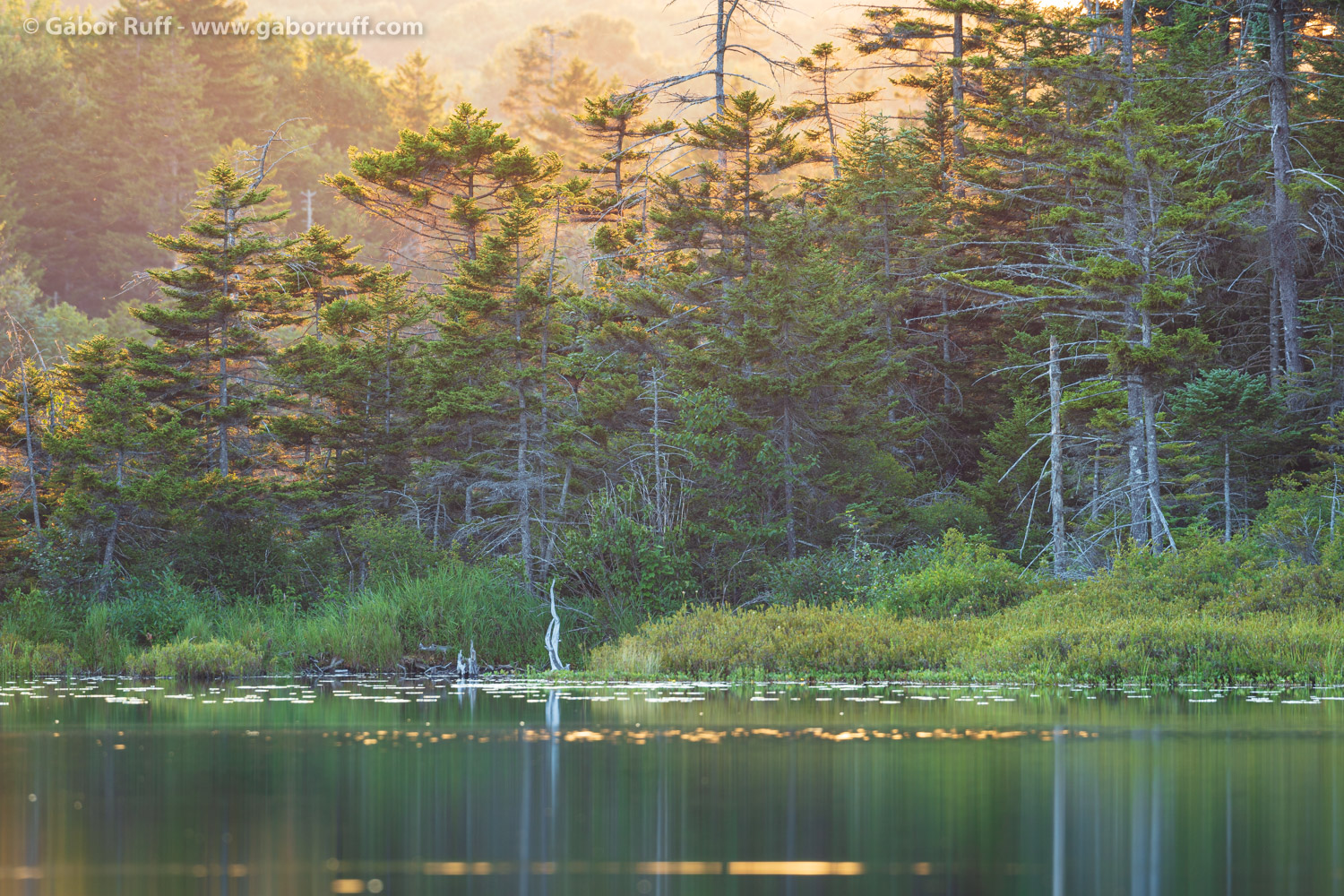 The advantage of a high megapixel camera is that it can capture details that are invisible to the naked eye. When I processed the images and checked the sharpness, I noticed lots of small insects flying above the trees illuminated by the sun, so after all, it turned out I captured some wildlife too 🙂 Here is a closer look from the middle part of the first image. I believe this photo would look great printed really big.

After a good night sleep in my tent, I woke up early to catch the sunrise on the pond. I didn’t find any wildlife, so I took some landscape images again. Since I was hoping to photograph wildlife, I only had my big lens with me again, so I had no choice but to use similar compositions as the day before. However, the light was totally different and a nice steam fog covered the water, so I was able to take completely different images. Even though I didn’t photography any “real” wildlife on this trip, I really enjoyed being out there and taking some landscape images. The gear I used: Canon EOS 5Ds, Canon 500mm f/4 lens, Gitzo 1340 tripod, Really Right Stuff BH-55 ballhead. 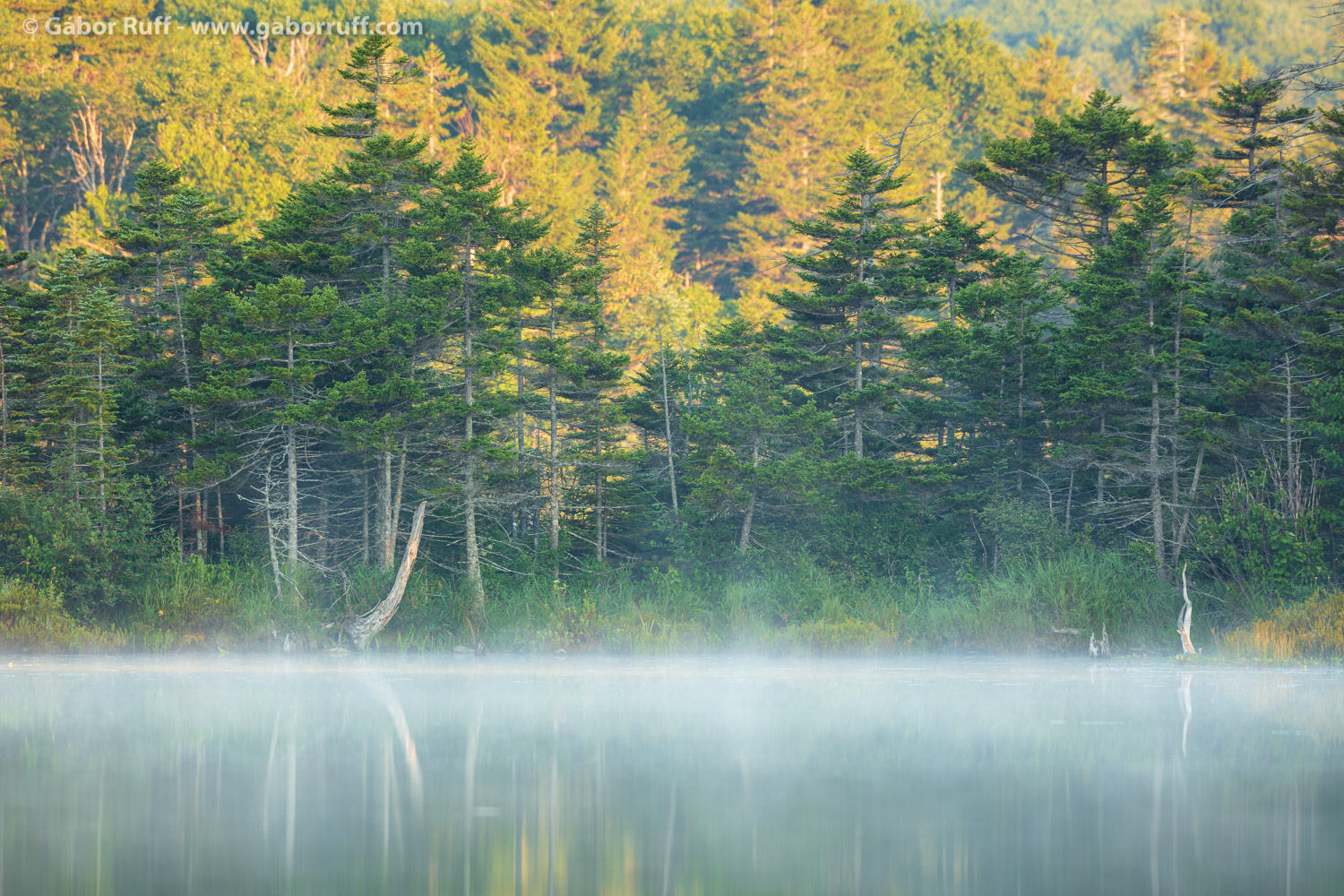 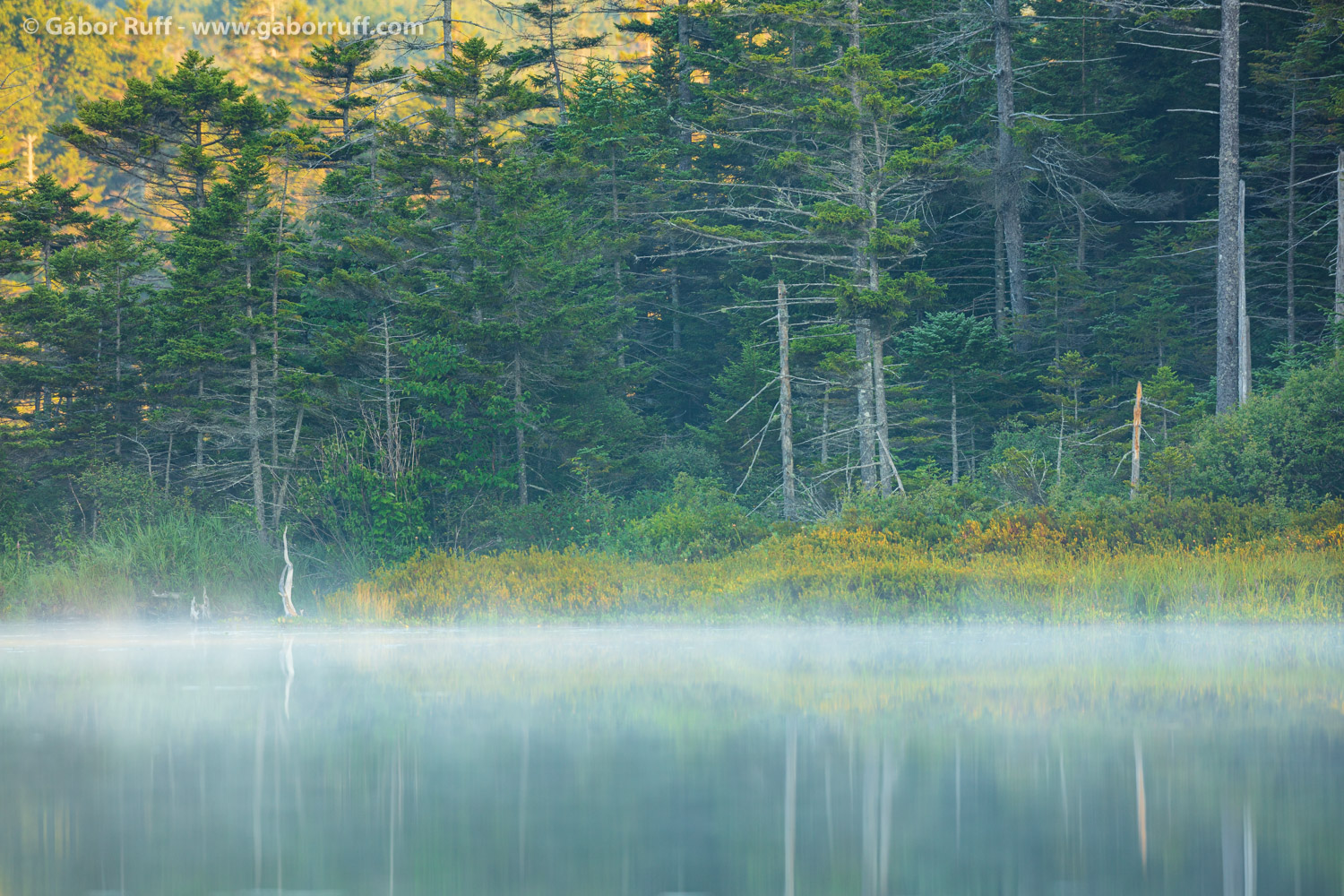 This entry was posted in Nature Photography, Notes from the Field and tagged landscape, North America, Vermont.